Who is Liable If you're Injured in a Stadium or Sports Facility? 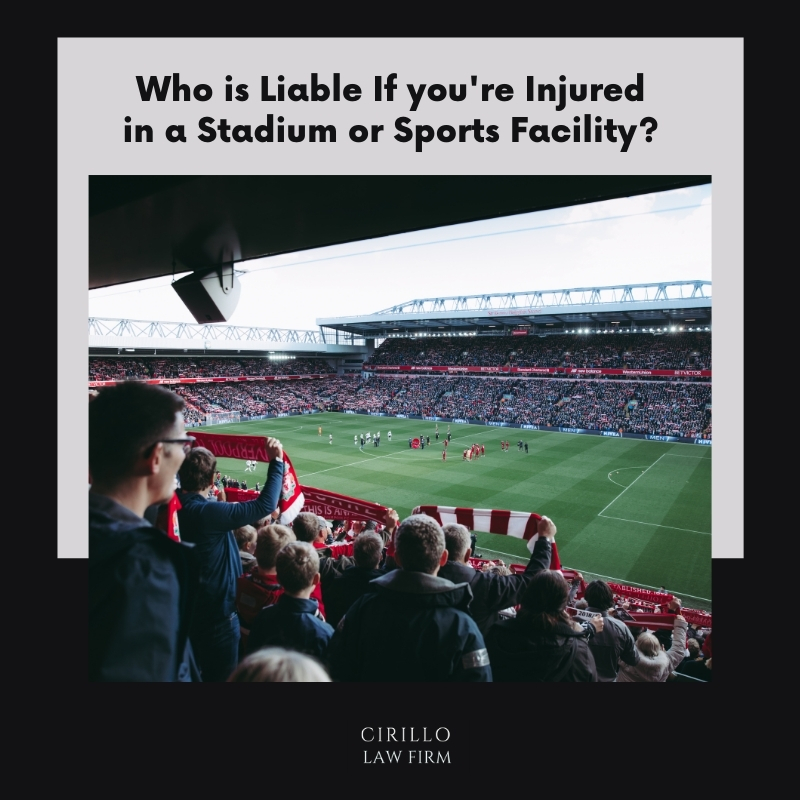 There are two types of injuries that usually occur at stadiums and sports facilities:

Who is legally responsible if a spectator is injured? Is it possible to sue the owner? Do most victims assume the risk and relinquish their right to file a personal injury case as a result? Read on to know more.

Premises Liability for Slip & Fall in a Stadium

You should be able to prove that the owner of a stadium or sports venue was liable in order to succeed in a premises liability lawsuit against them.

If you slip & fall in a sports facility or stadium that may not always indicate that the owner was careless. Furthermore, just because the floor was slick doesn't always mean the owner was irresponsible. It had to be ridiculously slick on the floor. Then, to prove that the stadium owner was negligent, you must show that the owner knew or should have known that the floor was excessively slippery and refused to take action to fix the situation.

Proving liability of a Stadium Owner in a Slip & Fall Lawsuit

Wet bathroom floors can be extremely dangerous, and spectators may usually slip and fall in stadium restrooms. However, not all slick conditions in stadium restrooms are caused by carelessness. For instance, if someone pours a mug of water on the bathroom floor and you fall two minutes later, the stadium owner is likely to win in court. There is no negligence in this situation for two reasons:

Let's say there's two inches of water on the bathroom floor because drunk spectators keep putting paper towels in the sinks and leaving the water running, causing the sinks to leak onto the floor and this occurs match after match.

A spectator being hit by a ball or puck is yet another common phenomenon at a baseball or hockey stadium, and some of these incidents may be severe.

What are the legal rights of the spectator? When you turn over your sports ticket, you'll notice a line or two of legalese written in very small print. This is the stadium owner's attempt to absolve himself of all legal liability for any injuries sustained by spectators at the location.

Let's presume you're at a baseball game and get hit by a foul ball. Is it true that this disclaimer is valid? With a few exceptions, these disclaimers are applicable regardless of state law.

The stadium owner must also behave in a responsible way to reduce the risk of injury to spectators. To defend against foul balls, all baseball stadiums have netting around home plate. Since balls that are fouled straight back travel so quickly and fans are so close, the netting is behind home plate. Despite the fact that home run balls leave the field of play, there is no netting in the outfield so the balls do not fly as quickly and fans in the outfield seats have had 4 to 5 seconds to watch the ball as it approaches them.

If you are hit by a ball while seated between home plate and first base, based on where you were sitting, you may be able to argue that the netting was not wide enough. You could have a legal argument against the stadium owner if the stadium where you were injured did not meet such requirements.

If you were sitting behind home plate and a ball went via a hole in the netting, the disclaimer would not hold. You may claim that the stadium owner was incompetent in maintaining the netting in this case.

If you or your loved ones are injured in a sports facility or stadium? Contact a Personal Injury Lawyer in CT.