What Do You Know About Jones Act? 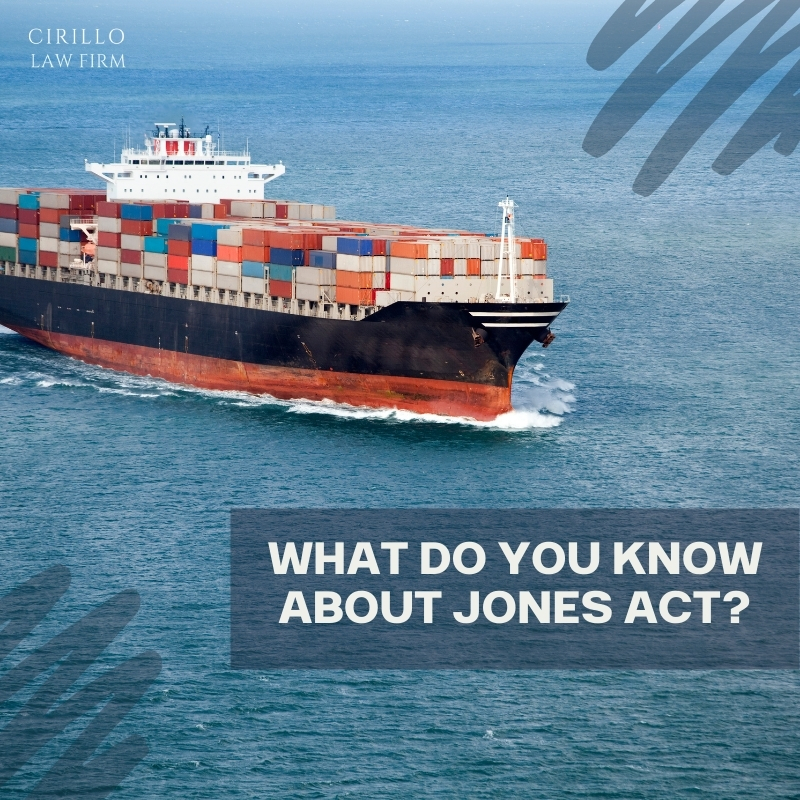 The Jones Act is a federal law that, among other things, allows a seaman to sue his employer for personal injury damages if he is harmed while on the job. To recover money from his employer, the seaman must prove that the owner and/or crew of the vessel on which he worked were negligent and that their negligence caused the seaman's injury. An injured seaman cannot sue his or her employer for workers' compensation. Under state or federal law, seamen are not entitled to workers' compensation. Continue reading to learn how the Jones Act affects claims.

Who Is Considered a Sailor Under the Jones Act?

Under the Jones Act, a sailor must have work duties that include the operation of the vessel or be essential to the mission or purpose of the vessel, as well as have a significant connection to a vessel or multiple vessels in a fleet while it is in navigation.

What Sort of Negligence Can The Sailor File Against The Employer?

Under the Jones Act, the employer is accountable for the carelessness of any of the employer's officers, agents, or employees. The Jones Act compels a seaman's employer to:

The Jones Act is an employ-friendly statute. It puts a heavy burden on the employer of a sailor to guarantee that the seaman's vessel is reasonably safe. Under the Jones Act, an employer can be held accountable for a variety of harmful circumstances on a vessel, including:

Is There a Time Limit on Filing a Jones Act Claim?

It is generally a good idea to consider filing a Jones Act claim as soon as possible because there is a statute of limitations that can bar suits filed more than 3 years after the date of the injury and witnesses may forget key facts as time passes, making it more difficult to introduce a successful case.

Employees who have been injured should keep their medical records and days taken off work due to the injury in case they need to file a claim.

Injured seafarers can sue under the Jones Act in federal or state court. Generally, the claim should be filed in the jurisdiction where the defendant works or has his or her headquarters.

If you still got questions about the Jones Act, contact the Best Lawyer in New Haven, CT.