Third-Party Liability in a Construction Accident 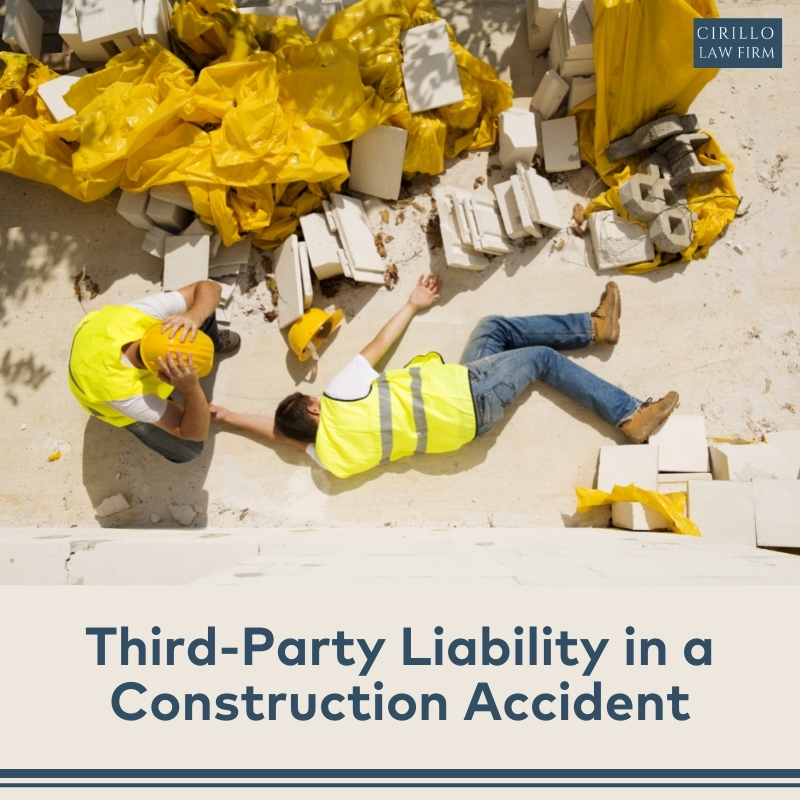 If you or someone you know works in the construction sector, you must be already aware that the hazards are higher than those faced by most workers. That does not rule out the possibility of receiving just compensation for your injuries. Third-party contractors on the working site are often to blame for construction accident casualties. This could indicate that you are entitled to more money than you think.

According to the Occupational Safety and Health Administration (OSHA), 5,333 construction workers died in the year 2019. According to the Bureau of Labor Statistics, the industry had 3.5 recordable injury incidents per 100 workers, which was greater than most other industries (BLS).

According to OSHA, the top four causes of death among construction workers are:

Third-party can be found everywhere in the construction industry

It's unusual for a single construction company to be present on a job site. A single company almost never completes a whole construction project. Rather, one primary company will likely manage the show, with dozens of smaller third-party contractors specializing in various aspects of the essential labor.

These third parties may make mistakes on the job site that result in harm to personnel from other companies. Third-parties frequently do not adhere to the same safety standards as the main company for whom they operate (though they should), resulting in serious incidents. The following are some instances of situations in which a third party could be held accountable in the construction industry:

What is the significance of this?

Injuries caused by a third-party contractor, on the other hand, are distinct. You may be entitled to additional compensation through a personal injury case against the responsible party because they do not work for your firm.

What kind of compensation can I be eligible for?

Following a third-party construction injury, you may be entitled to a variety of monetary and non-monetary damages. This can include things like:

These losses go beyond what a workers' compensation claim would normally cover. It is critical to retain legal counsel as soon as possible following a construction accident injury so that the situation can be carefully investigated.

If you have any questions about third-party liability in Construction accidents, Contact the Best Attorney in New Haven, CT