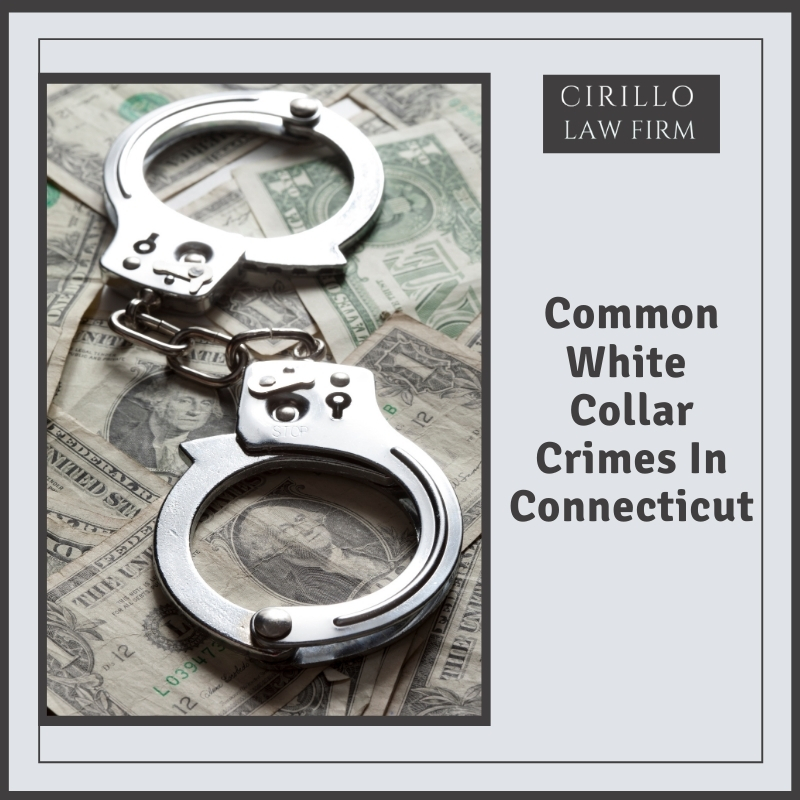 For some reason, individuals tend to believe that white-collar crime is not as severe as other crimes. Since they're usually seen as victimless crimes, people don't know the damage white-collar criminals can do.

The law doesn't feel like this. The penalties in Connecticut are very strict for white-collar crimes. People may face as much prison sentence as any other crime if they are found guilty of a white-collar crime.

Some of Connecticut's most common white-collar crimes are:

Many of them can sound similar, but all of these crimes are very different. Yes, all of them somehow involve money. That's where the similarities end, though.

Those charged with the crimes of embezzlement and fraud may face considerable prison time. Having a criminal defense lawyer in Connecticut is crucial so that you can have a chance of minimizing or dismissing your charges.

One of the most prevalent forms of white-collar crime in Connecticut is embezzlement. Basically, it's when someone steals money from their business or employer. Before their crime is detected, most defendants continue to transfer money around for months or years.

Some widely known embezzlement examples include:

In Connecticut, some of the penalties for embezzlement include:

Securities fraud or insider trading is one of the most prevalent forms of fraud. You may be charged with insider trading if you have knowledge of certain stocks and act on that information.

Money laundering is the act of unlawfully taking the money you have earned and funneling it through some legitimate business. The aim is to mask the fact that you have made your money illegally.

Drugs, arms trafficking, or some other criminal activity include a number of sources of such income. You can make thousands of dollars selling drugs and then buy a property with that money. Then you sell the property to make a profit.

It's not always easy to spot money laundering. If you were charged with money laundering, chances are, the state has some fairly damning evidence. To have the charges minimized or dropped, the Connecticut criminal defense attorney will have to work hard.

If you have been charged with any of the crimes mentioned above, contact Criminal Lawyer in New Haven, CT to discuss your case.