Store or Business Owner Liability in Slip and Fall Cases 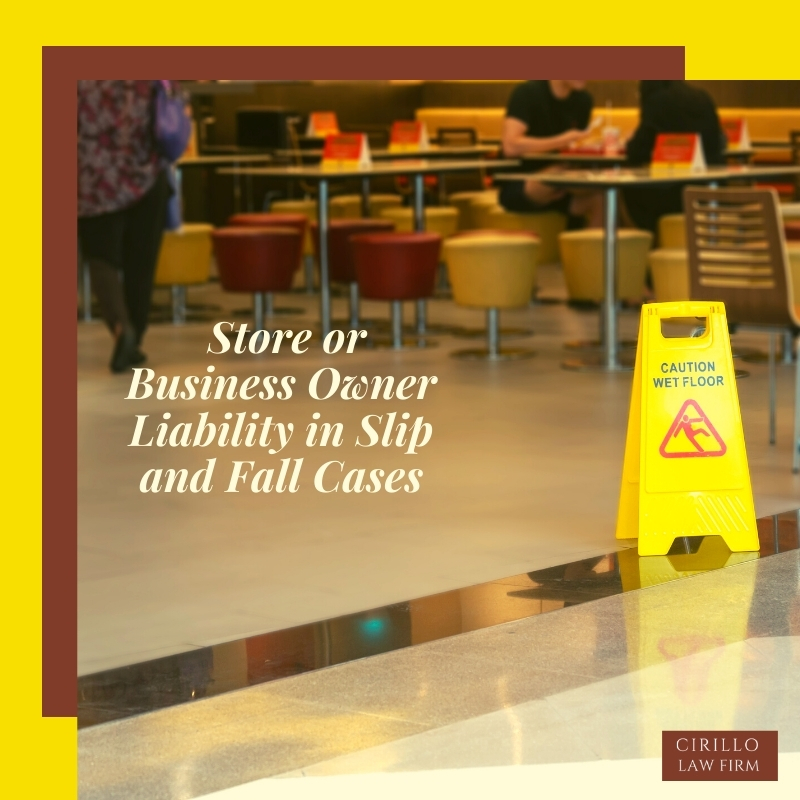 If you slip and fall on a store premises, how would you know if you have a potential claim or a lawsuit? And against whom will the claim be? The numerous theories of premises liability for slip and fall accidents in stores and companies will be discussed in this article.

It doesn't mean that someone would be considered negligent simply because you fall in someone's shop. There had to be an unsafe situation. In addition, in order to show that the defendant was negligent, you should prove that he knew or could have reasonably known of that unsafe situation. For example they should put a warning sign on the floor in case it is wet after cleaning, or there was some spillage from a product, making it unsafe to walk on.

Who Can You Sue?

A very critical question in the case of store liability is, who can you sue? This is also based on the extent of the negligence being claimed. Generally, if the owner of the store owns the property, the store owner will usually be the only possible defendant. But often owners of stores lease their premises, so you might even have a claim against the landlord/owner of the property.

Whom to Sue the Property Owner or the Store Owner?

Significant Concerns in the Case of Slip and Fall

Note that in order to win a slip and fall lawsuit, there must be negligence. The most severe negligence problems that occur in a slippery floor case are usually the following:

Why Was the Floor Slippery?

If you tell the store manager immediately after the accident, for instance, that you don't know why you slipped, the jury is very unwilling to believe you two years later when you want to testify on what the slippery situation was after speaking with your lawyer.

Some substances that can make a floor slippery are :

You can look around on the floor, on your shoes, and on your dress — to see any hints as to why you may have slipped.

How Long Was The Substance On The Floor?

Was there a Slippery Condition Warning?

Slippery conditions are inevitable sometimes. A store owner, for instance, may frequently wax the floors. That is something fair to do. The floor wax is slippery, however. So the requirement of "reasonableness" – which controls most cases of negligence – will require that the floor waxes cord off the floor area or at the very least have a slippery floor warning. Putting up an alert does not automatically relieve the defendant of liability, but it is some evidence of lack of negligence. Failure to warn of a slippery situation on the floor, on the other hand, is a good proof of negligence.

If you have more questions about premises liability in Slip and fall cases, contact the Personal Injury Attorney, New Haven, Connecticut.