Statute of Limitations for Medical Malpractice Lawsuits in Connecticut 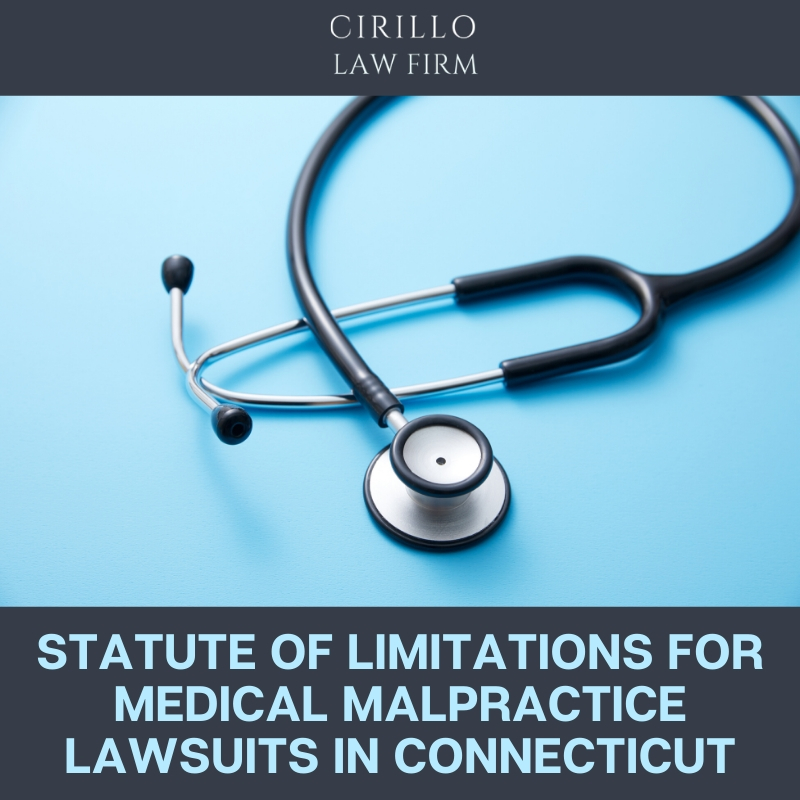 A medical malpractice lawsuit is a complicated undertaking, especially when compared with other injury-related legal claims. That goes for claims of malpractice in every state, including Connecticut. It's not just because legal problems and medical evidence can become quite complex in these kinds of cases. It's also because a plaintiff with medical malpractice (the injured patient — or the legal representative of the victim — filing the case) needs to comply with a number of strict procedural rules right from the outset.

i) Statute of limitations

Firstly, in case your legalese is rusty, let's give you some background information. A  statute of limitations is a state law that limits the amount of time you need to get a case filed after you have experienced some form of injury. If you continue to file your malpractice lawsuit after the statutory time limit has expired, it is a good bet that the doctor you are trying to sue will point out to the court that you have missed the time limit, and the court will grant a motion to dismiss the case (unless a rare exception exists to extend the time limit effectively).

Now, what does Connecticut law say? Section 52-584 of the General Statutes of Connecticut specifies that any lawsuit for injury sustained "by the negligence of a physician, surgeon, dentist, podiatrist, chiropractor, hospital or sanatorium" must be brought before the civil courts of the State within two years. That includes filing the initial complaint and the certification for "reasonable inquiry," which we will address in the next section of this article.

The statute of limitations "clock" commences on the date on which "the injury is first sustained or discovered or should have been discovered in the exercise of reasonable care. Therefore, if you don't actually suffer after-effects of the injury, you do have some leeway to get the case started, but you'll still have the responsibility of proving you couldn't have found the injury fairly until you did.

Connecticut lawmakers have passed legislation that places something of a procedural hurdle in the path of injured patients seeking to bring their case to court.

Section 52-190a of the General Statutes of Connecticut states that before filing a medical malpractice lawsuit against a health care provider in the civil court system of the State, the injured patient (or the patient's lawyer) must file a certificate with the court declaring:

Section 52-190a also states that the plaintiff is allowed to "obtain a written and signed opinion" from a competent medical professional as part of the "reasonable inquiry" process, in which the professional:

A few more notes about this process:

Unlike other states, Connecticut has not passed a law limiting damages in cases of medical malpractice. There is indeed no statutory limit on the amount of money that a successful plaintiff can receive after a jury found the health care provider(s) responsible for medical abuse.

If you are looking for more information on medical malpractice laws and how they relate to your potential case, it might be time to speak to an Experienced Medical Malpractice Lawyer in New Haven, CT about your situation.