Shoplifting and Penalties in Connecticut 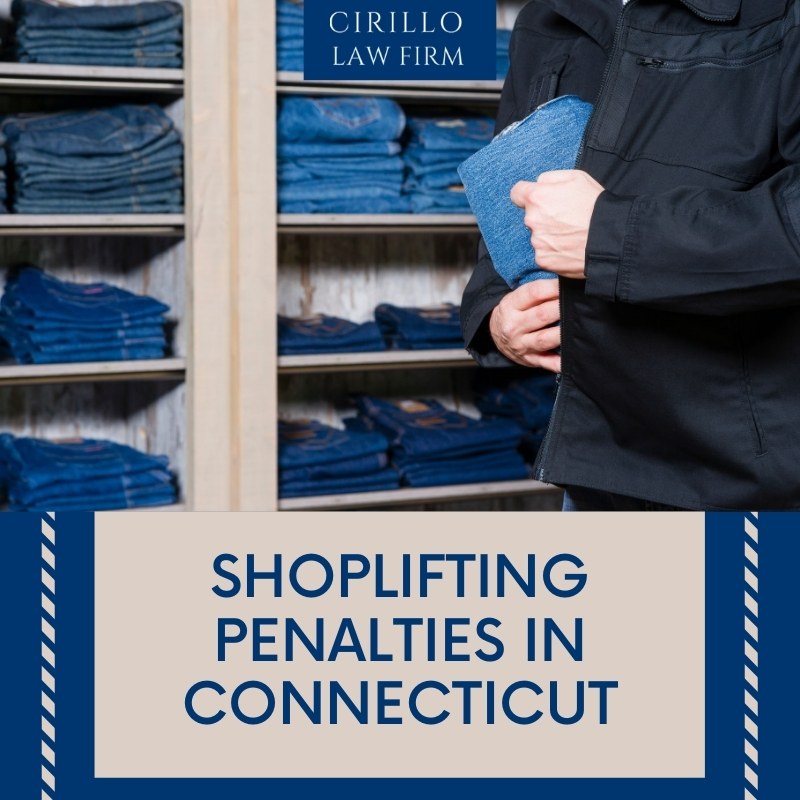 Some individuals steal merchandise from a store because they are unable to afford the product they want or need. Others are doing this because of the thrill or excitement, and then there are others who shoplift in order to commit another crime, such as selling goods in exchange for money. Shoplifting is a crime with potentially far-reaching consequences for those convicted, whatever the reason behind the act.

While shoplifting can seem like a relatively straightforward charge, it actually covers a wide range of possible acts, including:

For shoplifting, criminal penalties are based on the value of stolen items. All of them will result in prison time and substantial fines. The charges and penalties laid down in the state of Connecticut are as follows:

6th Degree larceny - a combined total of $500 or less shoplift will result in fines of up to $500 and up to three months imprisonment.

1st Degree larceny – the combined value of shoplifting property above $20,000 will result in fines of up to $15,000 and a jail term of twenty years.

Civil penalties can be sought by the merchant, in addition to criminal penalties. Often it can be much tougher than criminal penalties itself. In the monetary part, punitive damages, the cost of the retail value of the goods, expenses to cover the lawsuit, and attorney's fees will all be included in examples of civil penalties. If the payments are not paid, credit implications may take place and a ban from the store can also be enforced.

If you or a family member were caught shoplifting, contact the experienced Criminal Lawyer in Connecticut. The Law Offices of Cirillo has handled these cases for decades, and we are happy to put our experiences to work for you.