Police Arrest and Use of force in Connecticut 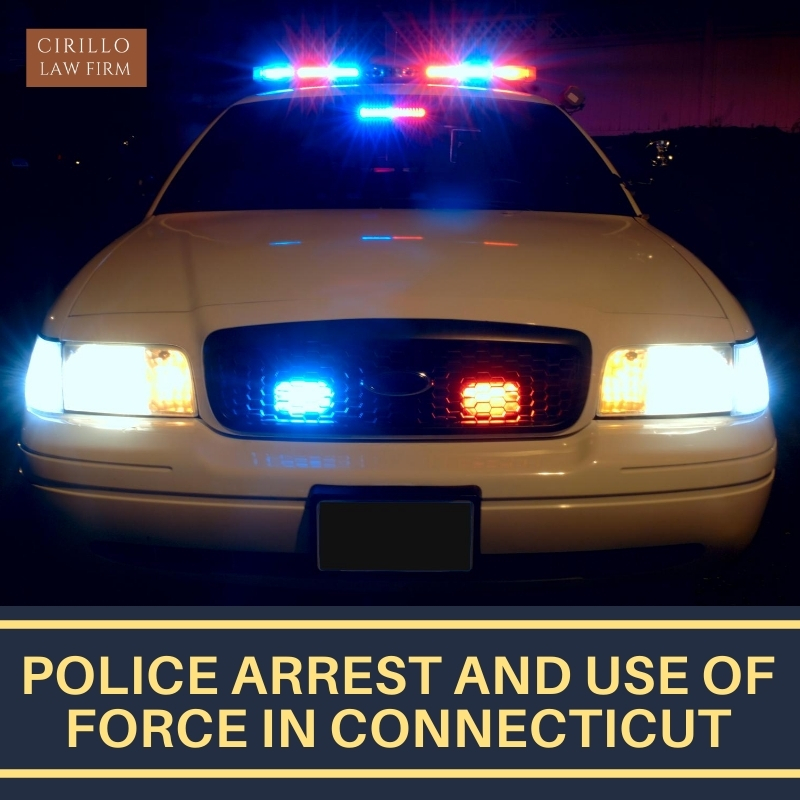 It seems like all eyes have been on our nation's police forces lately on charges of police brutality. Tensions against police forces in this country are at an all-time peak, as protests and demonstrations nationwide, along with demands of prosecutions of police officers are widespread in many of America's major cities. And as the best  Connecticut, criminal defense lawyers and prosecutors are finding, these conflicts are clear here in Connecticut, often leading to baseless Connecticut arrests in New Haven, Hamden, Milford, East Haven, North Haven, and other Connecticut cities for interfering with police or resisting arrest.

Some of Connecticut's finest criminal lawyers and attorneys recognize that police can sometimes easily get away with bogus interference with Connecticut Police Arrests because the Connecticut Criminal Statute is written so broadly and loosely. The law is codified in CGS 53a-167a and specifies that if you "obstruct, hinder, resist, or endanger" any police officer or firefighter in conducting their official duties, you can be charged for interference with police in Connecticut. Clearly the words "hinder" and "obstruct" open the door to a laundry list of subjective scenarios where a Connecticut police officer can claim to feel that you are preventing them from doing their job.

Combating the charges under resisting arrest of police officers in Connecticut

In many Interfering with Police Officer / Resisting Arrest arrests in Connecticut, the issue of credibility between you and the arresting officer is at stake immediately. The top criminal lawyer in Connecticut will know exactly how to go after the officer in question by taking advantage of various surveillance tools and defensive tactics. Top Connecticut criminal lawyers know how to file motions with the court to protect all 911 records, call recordings, police cruisers' video and audio surveillance data, and all camera records of all nearby buildings, bars, and restaurants.

Police Use of Force in Connecticut

According to a Courant review of the use of force investigations, police officers in Connecticut have killed 21 people in the last five years, mostly through gunfire.

Of Connecticut 's 21 use of force deaths over the past five years, 16 of the cases have been settled by state attorneys, sometimes through years of investigations, and five remain open. No officers have been charged with any crimes related to the deaths.

Communities held rallies, pressed for answers, and pushed police departments to fire officers, but many of the officers involved returned to duty, often facing little consequence on the use of deadly force.

The victims have left families behind, some of whom continue to fight for justice over the years.

If you have been unfairly arrested for interfering with an officer / resisting arrest under 53a-167a in New Haven, Milford, North Haven, East Haven, Hamden, or elsewhere in Connecticut, then contact Experienced Connecticut Criminal Lawyers in New Haven, Connecticut.