Penalties For Domestic Violence in Connecticut 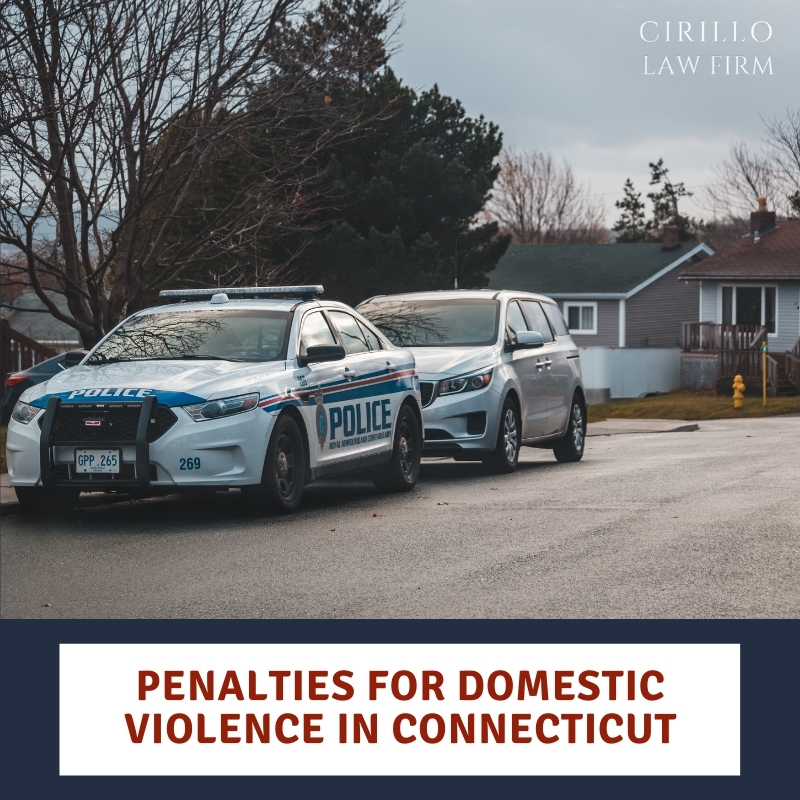 Connecticut has a number of laws that protect victims of domestic violence and keep offenders liable. The penalties levied on offenders for domestic violence, generally referred to as “family violence” under Connecticut law, differ widely based on the specific circumstances surrounding the incident that contributed to their charges. Nevertheless, those convicted of family violence-related charges face strict penalties that can affect their lives well after the case against them is over.

Someone charged with assaulting a spouse, child, or other family members can be charged with a misdemeanor or felony under Connecticut law. The form of crime the offender is charged with depends on the severity of the victim's injury and whether the offender used a weapon or not. The penalties are as follows for first, second, and third-degree assault:

Threatening is another criminal offense that may come under the umbrella of domestic violence. Under Connecticut law, depending on whether the offender used a lethal weapon or firearm to make the threat, a person may be charged with either a felony or a misdemeanor for threatening a partner or family member.

While strangulation is a form of attack, it is handled separately from other forms of assault by Connecticut law. Based on the extent to which the accused refrained the victim by their throat or interfered with their ability to breathe, there are three distinct degrees of strangulation.

An individual who sexually forces a partner or a spouse can be charged with sexual assault in a spousal or cohabiting relationship, a class B felony under Connecticut, punishable by a fine of up to $15,000. This charge does not apply to the mandatory minimums on other sexual harassment charges, although the court has the power to order up to 20 years in prison.

The accused can be charged with murder or manslaughter if domestic abuse has led to the death of the victim. A manslaughter conviction brings a minimum prison term of five years that can be increased to up to 40 years, and a Class A felony murder charge comes with a minimum sentence of 25 years to life imprisonment.

If you're still in prison, on bail, or seeking legal advice for a family member, it's in your best interest to hire an Experienced Connecticut Domestic Violence Attorney to assist you through the court process.