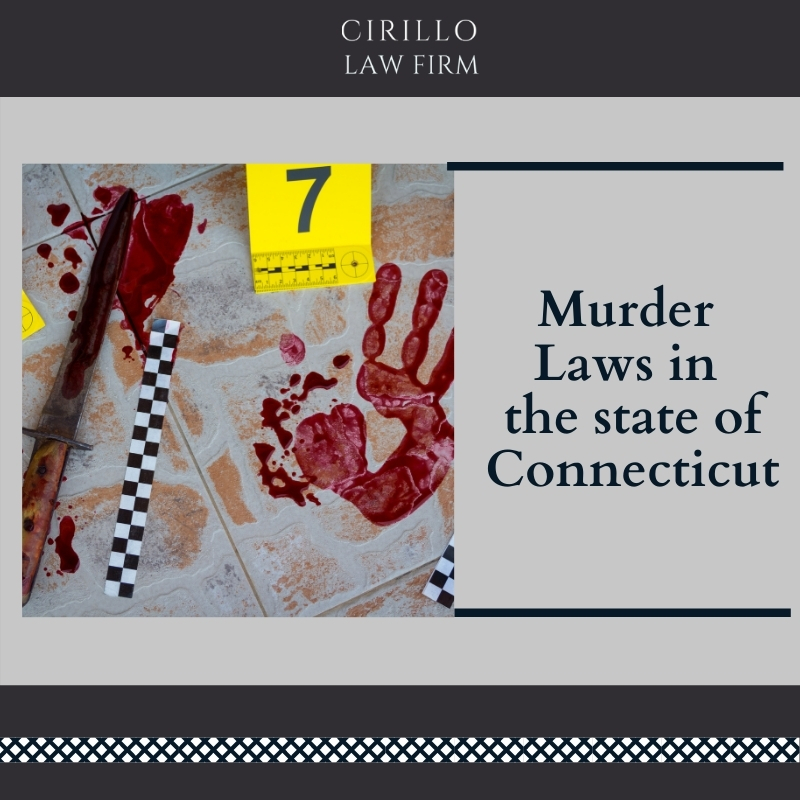 As with many other states, Connecticut's most serious type of homicide is murder. Unlike most states, Connecticut does not split the crime into first and second-degree murder laws. Rather, it splits its laws of murder on the basis of things like whether a police officer was the victim of a crime, whether a crime had been committed, and the type of felony committed.

Murder of a police officer, marshal, firefighter or other person performing law enforcement duties or duties in a correctional facility where the defendant is confined, murder for profit, murder for a felony, murder while serving life imprisonment, the murder of an abducted person during the abduction, murder during a first-degree sexual assault, the murder of 2 or more individuals in a single transaction or murder of persons under the age of 16.

Consists of causing another person's death while committing, attempting to commit, carrying on, or escaping any of the following crimes of felony:

Causing another person's death while carrying out arson

If you are accused in a murder case, then contact the Best Criminal Lawyer in Connecticut to fight for the best possible outcome.