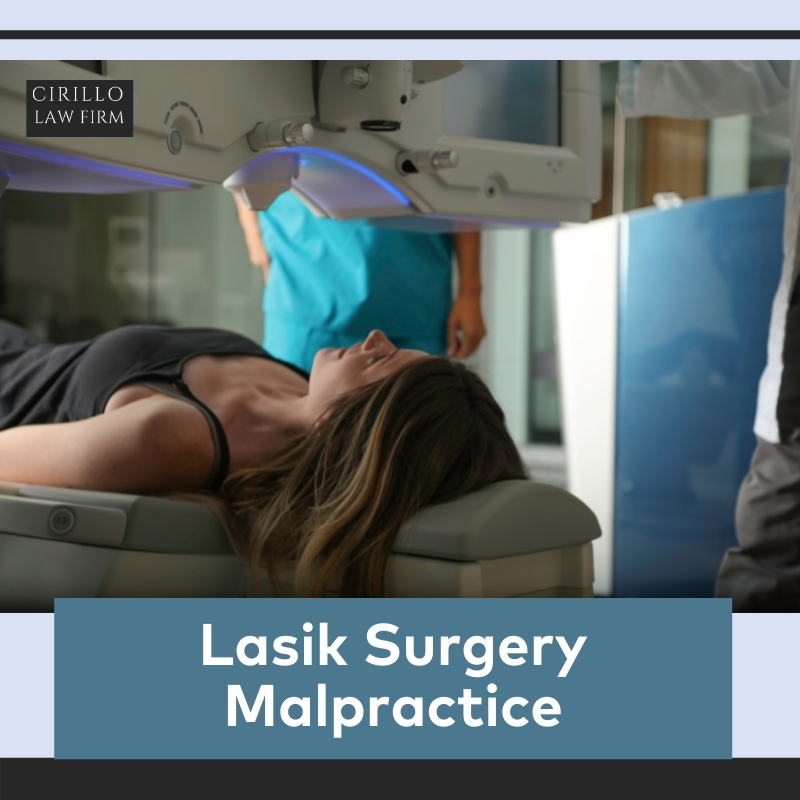 LASIK surgery is a popular procedure for correcting a variety of visual disorders, and it is usually highly effective. However, if something goes wrong, the patient may have a legal claim against the surgeon or, in rare cases, the manufacturer of the LASIK equipment. The major elements that determine an injured patient's right to file an injury claim or lawsuit are discussed in this article.

What can lead to a LASIK Malpractice case?

LASIK surgery is promoted as a low-risk operation, with complication rates as low as 1% reported by several surgeons. As a result, being a victim of LASIK malpractice can be both distressing and unjust. Unfortunately, malpractice usually occurs either before or after the surgery, rather than during the procedure itself. Frequently, doctors fail to assess a patient's eligibility for an operation before doing it or fail to manage post-surgery complications.

What Could Possibly Go Wrong?

While the majority of patients are pleased with the results of LASIK surgery, there are certain hazards. The following are some of the dangers:

Complications from LASIK malpractice can range from temporary light sensitivity, blurriness, and discomfort to permanent partial or complete blindness. You may be eligible for significant compensation depending on the seriousness of your injuries, your age, your income level, and other variables, including compensation for:

Because pursuing legal action for LASIK malpractice can be time-consuming, you must consult an attorney as soon as possible if you are suffering any difficulties.

Filing A Case on the Manufacturer of the Equipment

In some situations, a legal claim against the manufacturer of LASIK equipment or other devices used in treatment may be available if those goods are shown to be faulty or unreasonably risky, causing harm to the patient. Because manufacturers are considered "strictly accountable" in these circumstances, the patient does not have to prove negligence, as he or she would in a regular medical malpractice claim. This means that if their equipment causes harm, they are directly liable.

If you suffered any injury during a Lasik surgery, contact the Medical Malpractice Attorney in New Haven, CT