Know How Truck Driver Negligence Can Lead To Accidents 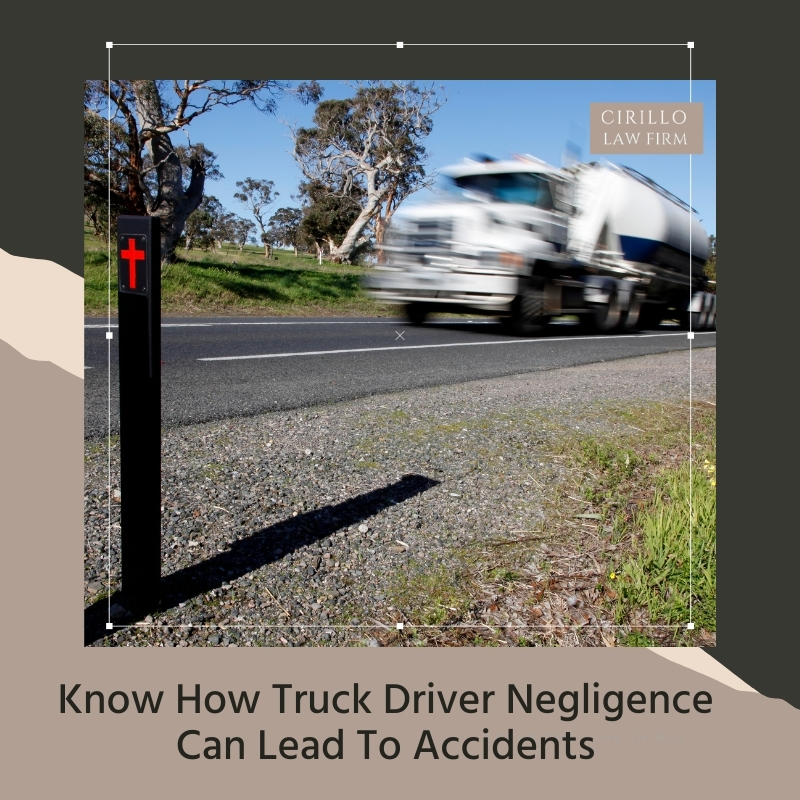 In the event of accidents involving commercial vehicles such as tanker trucks, semi trucks and flatbeds, people who drive or ride in smaller and lighter passenger vehicles may be critically injured. Under Connecticut Law, if you can prove that your accident was caused by the negligence of a truck driver, there is a fair likelihood that you will be able to recover compensation from your injury. There are several ways in which negligence of the truck driver may be the cause of an accident. Some of the most common are listed below in detail.

Usually, drivers of trucks spend long hours on the road, frequently driving hundreds of miles per day. Long drives can be exhausting and truck drivers want to reach their destination as soon as possible, just as anyone else. Furthermore, many drivers work under strict time constraints that can lead to high speed driving. Violating the speed limit when driving a truck is negligent in almost any conceivable event.

Trucks weighing approximately 30 times as much as commercial vehicles driving at speeds of 75 or more miles per hour places us all at risk of severe injury. Because of this reason, the federal government regulates almost every aspect of the trucking industry, including the hours a truck driver can drive on a given day and the keeping of inspection, repair, and maintenance records for vehicles. Failure to comply with federal regulations may in certain cases constitute negligence on the part of a driver or a trucking company.

It has long been acknowledged that there are problems with drug and alcohol abuse in the trucking industry. Some drivers may use alcohol or drugs like methamphetamines to remain awake and alert. Truck drivers who cause accidents when they are impaired would most certainly be held responsible for the resulting injuries.

Under Connecticut law, a truck accident will entitle you to substantial compensation. To know more about it, contact a Connecticut Personal Injury Attorney to discover if you have a case.