Injuries from Slip and Fall Accidents 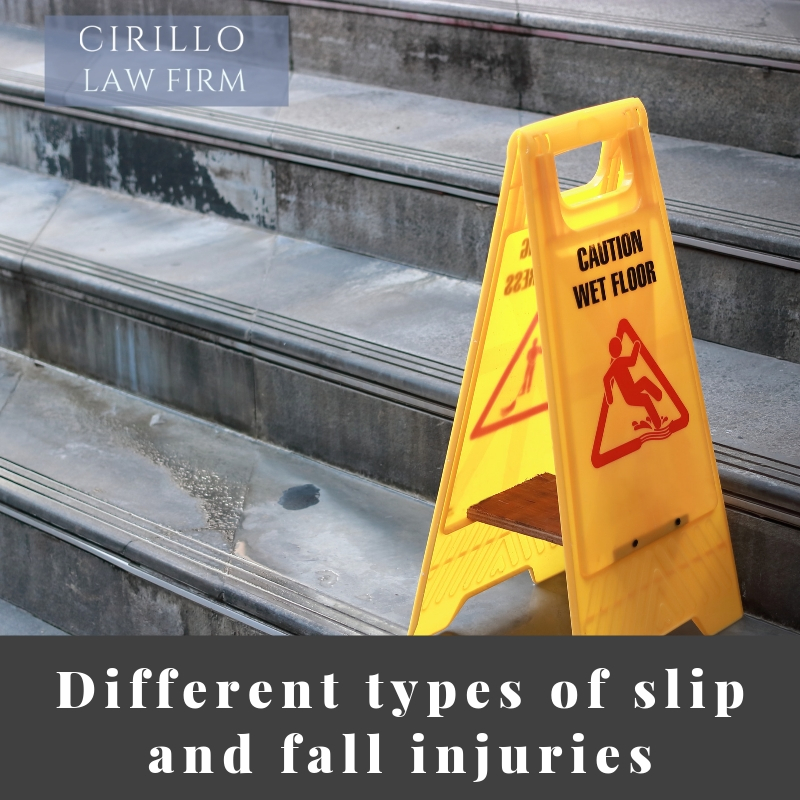 The “slip and fall” is said to be a term used in the personal injury case where these cases fall under the broader category of cases which is known as “premises liability” claims. There can be a lot of dangerous conditions like changes in flooring, torn carpeting, narrow stairs, poor lighting or wet floor which can cause injury because he/she slipped. It implies the same if anyone has tripped on a cracked or broken public sidewalk or has fallen down a flight of stairs.

The various types of slip and fall injuries include:

The soft tissue injury is not said to be outwardly visible which can be difficult to prove in the lawsuit. The injured person might not even realize for days that he/she has a soft tissue injury. Even if you feel fine after the fall, it is recommended that you should seek medical care.

It is a notion that even a small head injury can be a medical emergency. Minor concussions can heal on self but the serious traumatic brain injuries can have the ability to permanently alter the ability to function. It is important that a head injury should be tended immediately by the doctor. This can also increase the odds of a successful lawsuit.

The slip and falls which produce cuts and abrasions can look very severe but the injuries can be less extensive. In most of the cases, these injuries only require a superficial treatment.

If you have faced the injury due to a slip and fall on someone else’s property and if you want to consider a legal claim then you should, for sure, discuss your injury case with an experienced and sought-after personal injury lawyer. You should do this quickly since there are time limits as to when the injured person can file a personal injury lawsuit. You should get on with it immediately by finding an experienced attorney which can be found in New Haven Law Firm, Connecticut. The Cirillo Law Firm is an impeccable organization that can provide proficient lawyers to handle your case with ease.