How To Prove A Doctor Committed Errors During Delivery 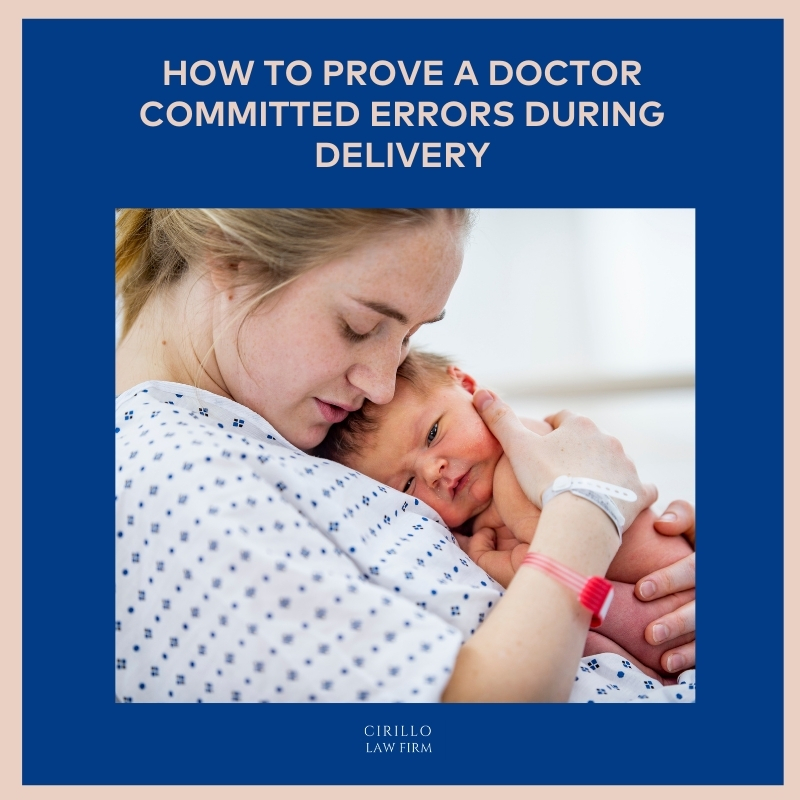 It may be difficult to determine if your gynecology team did not act in accordance with the standards of the medical profession, causing injury to your baby.

You may encounter an extremely complicated, emotional, and traumatic period if your child has sustained an injury during birth. While having a hard time figuring out how best to take care of your newborn, the uncertainty that often follows complications during childbirth may make your situation worse.

When a child suffers a birth injury, it is not always easy for a parent to find answers to what happened. Sometimes, physicians and hospitals who make mistakes are reluctant to reveal them.

Doctors want their reputation to be protected. Hospital managers worry about the cost of providing special needs services for a child. It can also be difficult for parents to receive truthful, clear answers about the underlying causes of the birth defects of a newborn.

It is true that there are certain unpreventable birth defects and birth injuries. Still, physicians have several instruments at their disposal to help avoid or minimize birth injuries, including for high-risk births. Although medical negligence during childbirth is not always easy to find, these common birth injuries may be due to medical mistakes:

Extreme jaundice: Infant jaundice occurs when too much bilirubin, a yellow pigment, is detected in the blood of a baby. While normal and typically not serious, high levels of bilirubin can cause brain damage if not treated immediately.

Brachial palsy: Brachial paralysis includes brachial plexus damage. It is most prevalent when it is difficult to deliver the baby's shoulder, called shoulder dystocia. Although it can resolve over time, it may lead to permanent damage if the nerve is damaged.

Forceps or vacuum extraction errors: Use of forceps and vacuums incorrectly can lead to swelling, fractures, and damage to the nerves, including permanent facial paralysis.

A jury would decide whether the doctor behaved in a way that falls below the acceptable standard of care for the medical profession in deciding whether a doctor or hospital induced a birth defect. An obstetrician is considered a specialist and is thus kept in a similar position to the same level of treatment most obstetricians would practice. If most physicians would have stopped the accident from happening, you might have a medical negligence charge.

You would be able to show a jury by expert evidence in a medical malpractice lawsuit that the correct level of treatment was not administered during the incident that occurred.