How to preserve evidence following a car accident 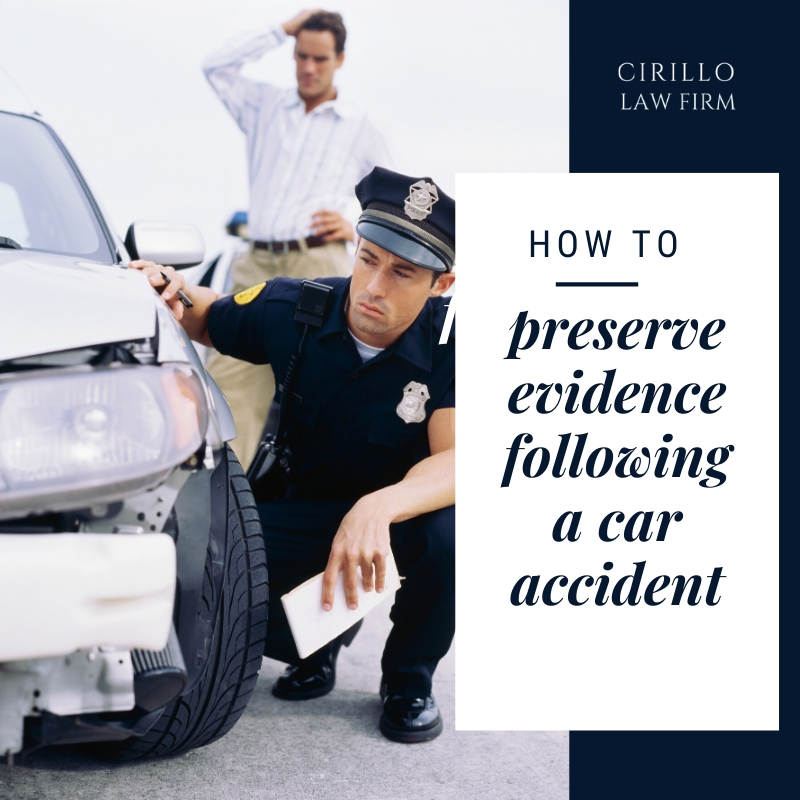 In the event that you are involved in a car accident, the next step in as far as the law is concerned depends entirely on the presence or absence of evidence. While statistics in New Haven, CT, suggests that many victims have ended up on the losing side that does not have to be the case for you. Thanks to the revolutionary car accident lawyer New Haven, victims of car accidents can now get the service that they deserve and go home happy after all. This representative serves as the source for helpful insight as well as information to get you the best bottom-line after an accident.

Ways of preserving evidence after a car accident

There are certain specific ways through which you can preserve evidence as directed by the Best Law Firm New Haven, CT. This is meant to protect your interests. These ways include:

This is the principal way through which you can preserve evidence as it helps serve as a demonstration of liability. Pictures will show the point of impact of both cars in the direction that the vehicles were traveling when the accident happened. The pictures should, in this case, include close-ups of the damage. They should also include distant shots encompassing the whole scene of the accident as well as the factors that influenced the accident.

Reporting the incident to the authorities is also a way of preserving evidence. You will have to get a police report containing and therefore preserving critical evidence. These include statements from witnesses, names as well as their contact details. This approach also helps provide the factual findings and fault allocation as determined by the police.

In case you were injured after the car accident, it is important to go to the nearest hospital and get medical records. In this regard, you need the record of your first visit to the hospital as well as the ones due to return visits concerning the injury. The records should also contain what is collected from the pharmacy as a prescription.

Preserving evidence is paramount because it helps keep important details in order. It is imperative to note that it is very easy to forget details if not recorded and preserved. If you are injured, apart from getting the medical records, it is also needful to consult with personal injury lawyers for expert guidance.