How to handle an out of state DUI? 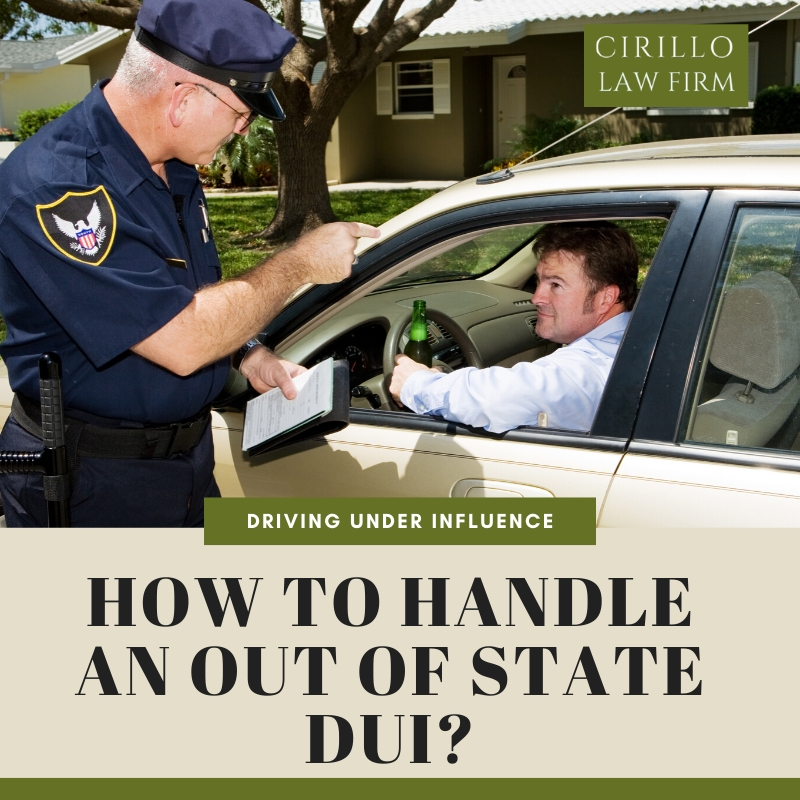 Getting a DUI or Driving under the Influence charge is tormenting. You need to handle it as soon as possible if you do not want it to affect your life seriously. DUI is already a complicated issue, and when you get a DUI out of state, things become a lot more complicated. An out of state DUI can affect you in a number of ways hence must be handled immediately. Here are some ways DUI attorneys explain how an out of state DUI affects you.

How does an out of state DUI charge get enforced?

The Driver License Compact is an agreement between states in the United States of America. The compact is used to exchange data between motorist's home state and a state where the motorist incurred a vehicular infraction. Not all states are members, and states respond to the data differently. Any traffic violations are reported by one state to another as and when they happen, and a national database is maintained. As soon as someone is charged with a DUI, the charge becomes an entry in the national database. The impact of an out of state DUI can be best understood by contacting the best DUI lawyer. The lawyer will help you understand DUI penalty transfers, can your license be suspended or any other way how the DUI will affect your ability to drive.

Can you transfer DUI penalties from one state to another?

A DUI penalty is known to all the states that are a member of the Driver’s License Compact or interstate compact. This makes it impossible for you to get a license in any state when you are charged with a DUI or getting clearance on your existing

license. This might not qualify as a literal carryover of a penalty, but it still affects you in the same way.

What is an out of state DUI license suspension?

When you get a DUI charge out of the state, and it results in the suspension of your driving license, it means that you will have to deal with the same in your home state as well. This does not happen because the punishment gets transferred to your

home state, but it is because your home state too have access to the DUI data, and the punishment for such an offense is the same globally.

To ensure you come out of the problem easily, it is advised that you contact the best law firm in New Haven. The best DUI lawyer will guide you in the best possible way and ensure that you get the permanent solution.