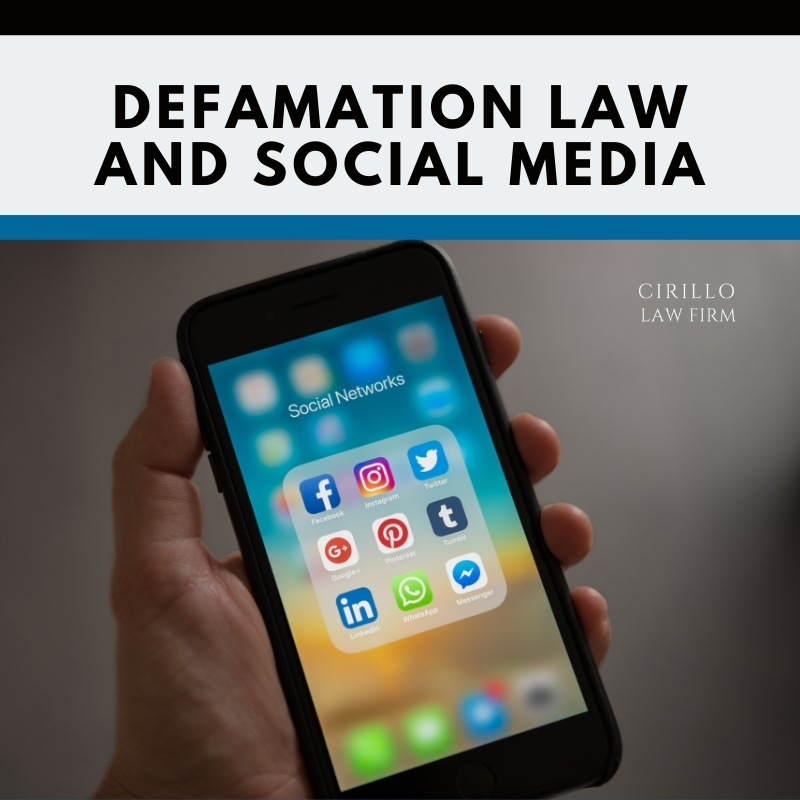 Libel (written defamation) and slander (verbal defamation), are the two major forms of defamation.  When a highly defamatory statement is published online or via social media such as Facebook, Twitter, or Linkedin — it is called libel because it includes the written term.

In this article, we discuss key legal issues concerning claiming an online defamation case and examine some examples of real-life issues.

Social media and the internet are undoubtedly beneficial to individuals and society as a whole, but they are also particularly prime territory for highly libelous comments. Examples include:

Although some websites filter posts for offensive or illegal material, the screening systems aren't designed to check every post for defamatory content, which is why so many defamatory posts end up on the internet.

Which State's Laws Apply? Where Do I File a Lawsuit?

This is a complex problem that depends on where you live, where the suspected defamer lives, and whether the defamer has had any encounters with your state. If you believe you have been defamed online, you can speak with a competent attorney right away to discuss your legal rights and the best course of action.

Is it Possible to File a Lawsuit Against an Internet Service Provider?

One approach is you could sue the ISP of the website that has published a defamatory statement. ISPs or website hosts can have more resources — and hence the ability to pay a verdict — than a common blogger who makes a defamatory comment made against you.

However, for better or worse, the Communications Decency Act exempts website hosts and Internet service providers from most defamation lawsuits.

As an example, if someone wrote about an individual Michael and accused him of hitting his wife, while not knowing if it was true or not. That could be defamation if the situation did not happen. However, if the person wrote, "I believe Michael hit his wife two weeks earlier” this would not be categorized as defamation. Since declarations of opinion are not statements of fact, they are legally immune to libel lawsuits. Is this, however, a genuine statement of opinion? Based on the situation, statements of opinion may be interpreted as statements of fact. In this case, depending on how well the person knew Michael and his wife, and why they thought that Michael hit his wife, the average person may take their opinion as a statement of fact.

If you still any questions related to defamation law, contact the Experienced Lawyer in New Haven, CT