Causes Of Airplane Accidents And Liability 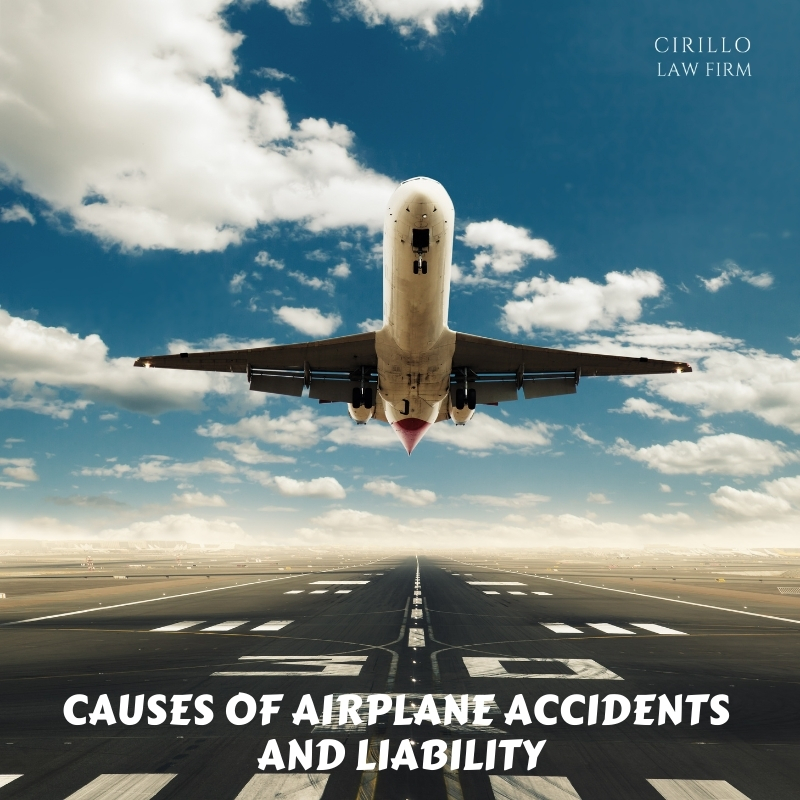 As air traffic grows, so does the likelihood of a passenger being involved in an aviation accident. In general, air travel is regarded as a safe mode of transportation. However, when aviation accidents do occur, they frequently result in fatalities. Smaller, less serious accidents involving private aircraft are more common than most people realize, owing to the fact that many of these incidents go unreported in the media.

The major cause of airplane crashes is pilot error. While airplane manufacturers can employ technology to eliminate as many dangers as possible from flying, it is ultimately up to the pilot operating the plane to execute a safe takeoff and landing, respond to mechanical issues, and maneuver the plane through bad weather. A pilot's responsibilities also include maintaining adequate fuel levels, using the plane's de-icing system, following air traffic control instructions, maintaining proper speed and altitude during the flight, and a variety of other jobs. Even a minor blunder or delay in doing any of these activities correctly could spell tragedy.

Mechanical errors account for 22% of all plane crashes. Inherent flaws in the aircraft's design or improper installation or maintenance might create mechanical faults. Mechanical failures have been linked to external factors like birds flying into plane engines.

One of the most demanding occupations in the world is that of an air traffic controller. They're in charge of directing all air traffic and ensuring that planes keep a safe distance from one another and take off and land safely. They frequently deal with dozens of planes at once, making many split-second choices about things like equipment, configuration, weather, and traffic levels. A tragic plane crash can result from any blunder or failure to follow correct air traffic control procedures.

The National Transportation Safety Board (NTSB) and the Federal Aircraft Administration (FAA) are two federal agencies that govern air travel and examine every commercial and private airline accident in the United States.  The FAA establishes safety standards for pilot conduct, flight operations, and aircraft makers, as well as enforcing those requirements through civil and criminal penalties. The National Transportation Safety Board (NTSB) is in charge of examining all civil aviation accidents and proposing safety standards to prevent future mishaps.

Liability of Owner or Operator

When it comes to the legal "duty of care" owed to others, aircraft owners and operators are held to high standards. If carelessness or recklessness is confirmed, the owner will be made responsible for the damages suffered by injured parties, including passengers, on-the-ground personnel, and even the pilot. Even if the owner was not operating the aircraft at the time of the accident, the owner may be held liable under a legal theory known as vicarious liability. This theory is similar to how employers may be held legally liable for their employees' actions in certain situations.

An aircraft maker can be held accountable if the injured person can prove that a flaw in the aircraft or a component part caused their injuries under a legal theory known as strict liability. It's crucial to keep in mind that each state has its own set of liability laws.

Families of victims of high-profile plane crashes in the early 1990s complained of frequent harassment by attorneys in the days following the crash and even during memorial services. As a result, the Aviation Disaster Family Assistance Act includes a clause prohibiting lawyers and their representatives from making unsolicited communications with accident survivors and victims' families within 45 days after the crash.