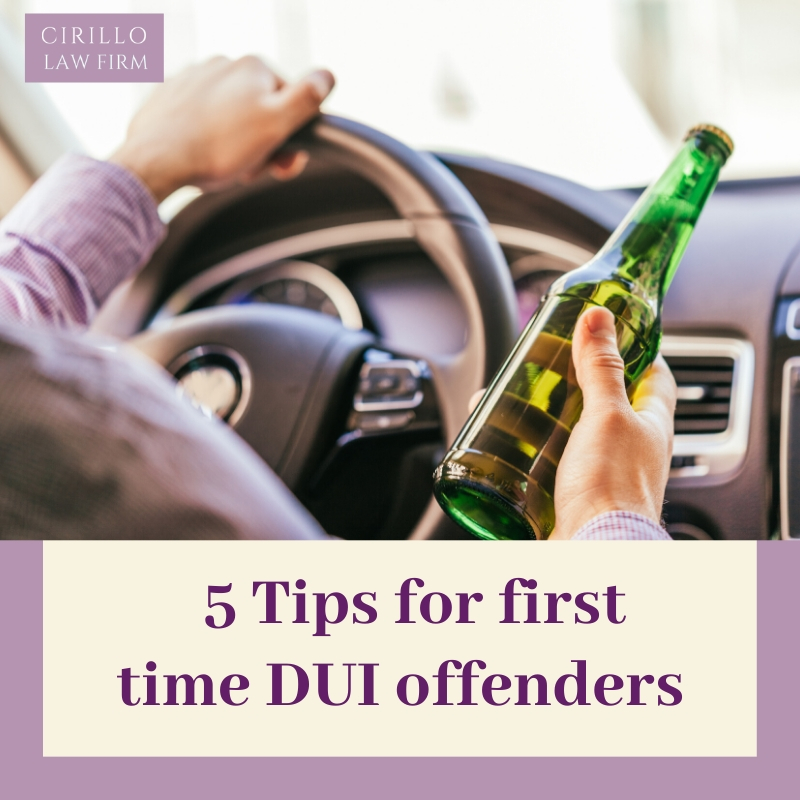 Drink driving is one of the sincerest traffic rules violations all around the world. Whether you call it Driving under alcohol or driving when drunk, either way, it is an offense or when caught, the drunk driver can face a real hard time as well as punishment in the form of prison time and a monetary fine. The drunk driving penalties are different around the globe but in most the US states it is high and often tough for an offender to pay. Despite all the facts, there are a majority of drivers who are repeated offenders.

There are also laws in the United States of America that prohibit a driver to have an open container of alcohol in the car, irrespective of the fact that the driver is not drinking. If you are a first time offender and got caught for driving under influence, it is important to hire the best DUI lawyer.

Here are additional 5 tips which help you pursue the course of action after you get a ticket for driving under the influence of alcohol:

As we said earlier, you need to hire a very reputed and experienced DUI lawyer as soon as you get a DUI. The lawyer will guide you further and also help clear any confusion, should you have one.

Show up at the court:

Drunk driving is a serious offense and you must commit to yourself that you will never repeat it again. If you are committed to it, ensure that you appear in front of the court. This will minimize your chances of losing the driving license and also might work against minimizing the extent of your penalties.

Whatever the court asks you to do or pay as a penalty to your offense, you must adhere to it. In the case of repercussions, you may be awarded house arrest, license restrictions, license revocation, fines, and classes.

When someone is charged with a DUI, the chances are high the insurance provider revokes the existing. In such a case, you will have to buy new insurance and also file an SR-22 form. This form shows that you have the right amount of insurance cover under the law. It becomes mandatory for you to carry the license and the SR-22 form with you. In case of the policy lapse, your insurance provider can inform the state licensing authority.

The best Law firm in New Haven can help you deal with a DUI case with the highest level of efficiency.