5 Most Prevalent Types of Workplace Discrimination 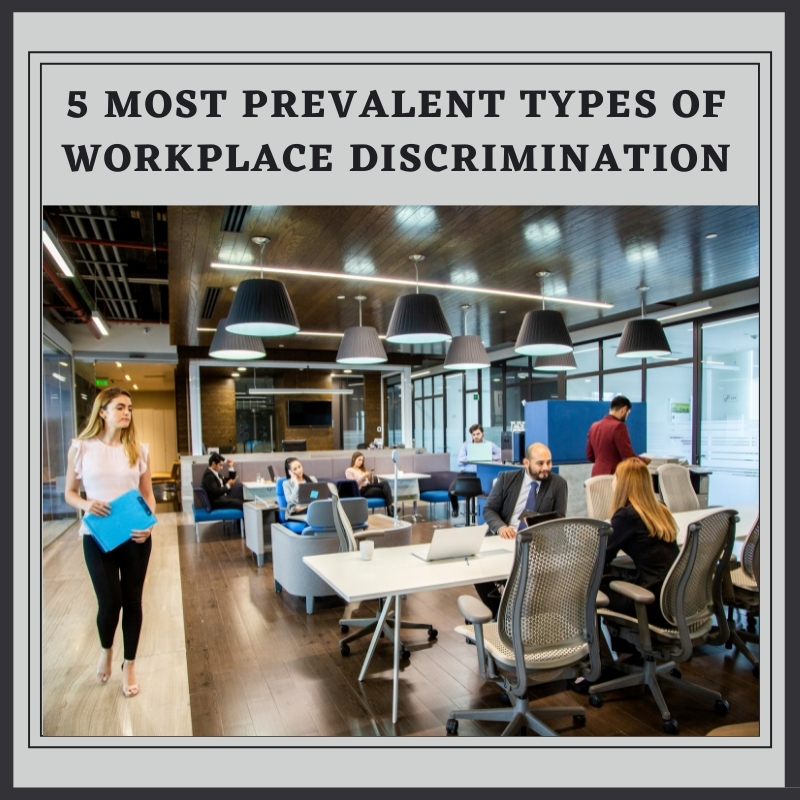 Retaliation Discrimination is by far the most prevalent form of discrimination. This explains why employees are typically hesitant to report about mistreatment, whether it's salary and hour discrepancies, a lack of growth, a bad working environment, bullying, or harassment. Most employees feel that the human resources department is there to assist them, and they are surprised to learn that the HR department is involved in retaliation against them. Because human resources personnel work for the company, they should not be fully trusted. If you are concerned that disclosing unfair treatment could result in retaliation, you should seek the advice of an employment discrimination lawyer. According to the EEOC, 37,632 retaliation charges were filed in 2020.

Discrimination based on disability is prohibited under the Americans with Disabilities Act (ADA). According to this law, employers are prohibited from questioning a job applicant about their disability, demanding a medical checkup, or disclosing their impairment. After an employee has been recruited and started working, an employer can ask disability-related questions or request a medical exam to support the employee's request for reasonable accommodations. If a medical issue is suspected of impeding an employee from “safely or successfully” performing their job, a medical exam might be requested.

Discrimination against pregnant or new mothers is known as pregnancy discrimination. Some employers refuse to hire a woman who is pregnant or planning to become pregnant. When other companies find that their employees are pregnant, they make excuses to penalize or fire them. Employers may even “eliminate” roles while a pregnant employee is on leave, or refuse to give them leave at all. Employers may be unaware of their need to give leave or may penalize women who exercise their entitlement to leave. Discrimination against new mothers who return to work after a pregnancy and require accommodations to breastfeed or pump can also be a type of pregnancy discrimination.

Because of their national origin, their accent, their ethnicity, or the fact that they are married to or related with someone from that country, job applicants and employees are protected by the law from being treated unfairly.

It's illegal to discriminate against people of a certain nationality in the workplace if the policy or practice isn't job-related or necessary for business operations.

Less than a decade ago, gay marriage was illegal in the United States; women couldn't vote 100 years ago. The fight against sexual discrimination has made enormous strides, but for the majority of workers, it is still an uphill battle. In many companies, LGBTQ people are regularly insulted, and the wage difference between men and women is still a significant concern.

Have you faced any workplace discrimination? Contact the Experienced Attorney, New Haven, CT